Click Here for a PDF version of this article

A few months ago, I started noticing a weird feeling in the drivetrain on take-off.  Kind of feels like the transmission slips just a little.  After some research I found this is a fairly common problem and the fix is usually to re-grease the slip yoke in the driveshaft.  I found a pretty good writeup on this procedure here but I'm not sure what type of Super Duty this was written for, but mine was setup different.  Maybe just a difference in model year or maybe because mine is a crew cab...?

There is a technical service bulletin regarding this problem as well.  Ford recommends to use Motorcraft PTFE Lubricant but when I tried to buy it from my local Ford dealer, the parts guy told me that he doesn't stock it and that they just go to NAPA and buy any brand of "good" grease and use that.

So, here's what I used on this try... Its a synthetic blend and it lists U-joints and CV joints so I thought I'd give it a shot.  If it doesn't last, I'll search out and pony up for the good stuff next time. 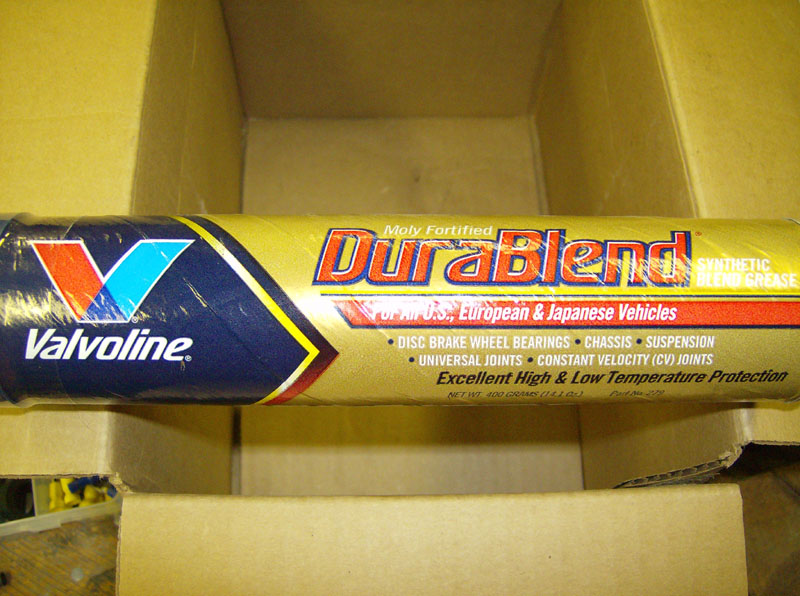 This picture shows how the slip yoke is arranged in my truck.  I marked the orientation so that I could put it back exactly as it was. 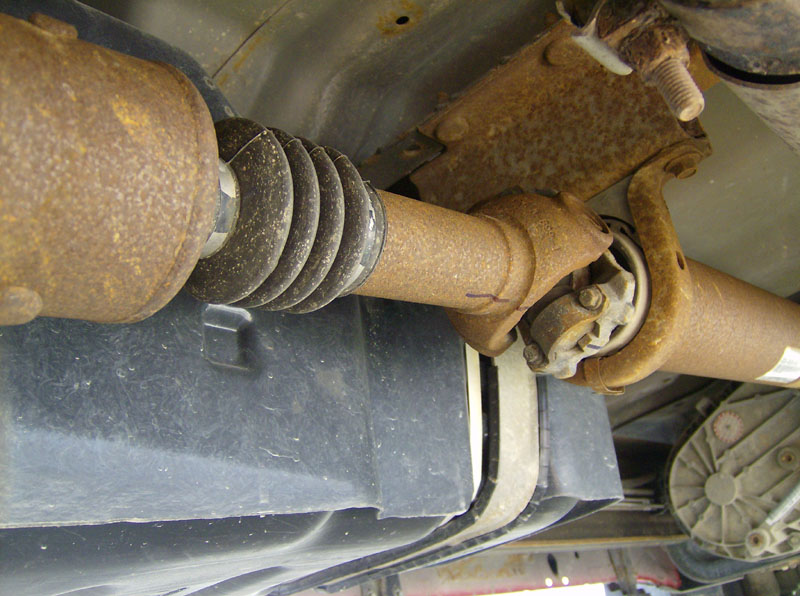 I spent some time making some unnecessary alignment marks.  I've never had it apart before so I wasn't sure if there would be an opportunity to get the splines misaligned.  Turns out you cannot connect the slip yoke incorrectly because there is one "double spline" allowing only one way to connect it.  You only have to remove the front clamp (red arrow) to get it apart.

If you're careful, you can re-use this clamp.  Otherwise, I think others have just used a cable tie.

Remove four 8mm bolts to get the front U-joint loose.

Slide it backwards a little, drop the driveshaft, and pull the slip yoke apart.  Looks like it could indeed use a little more grease... 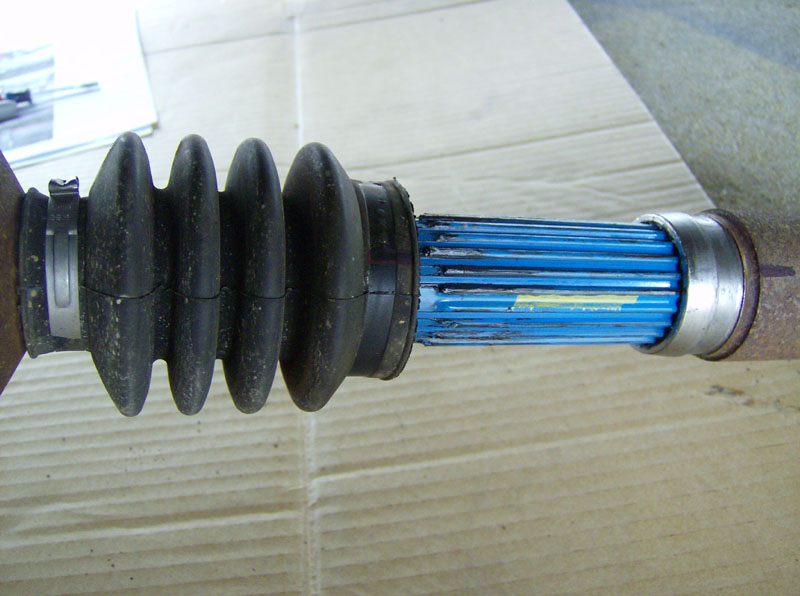 Looks a little dry down in there as well.  You can see the "double spline" location on the right side in this pic. 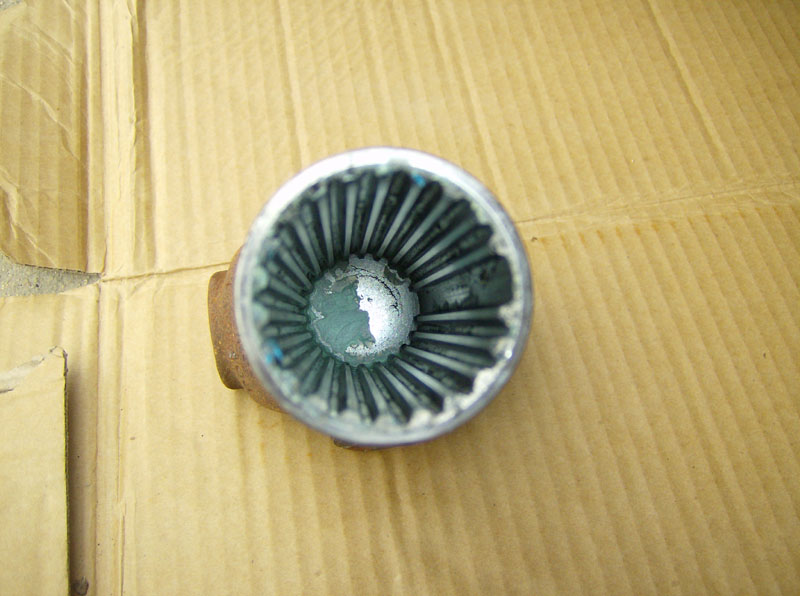 I applied plenty of grease to the splines.  Way too much actually as most of it got pushed out when I reconnected the slip yoke assembly.  Oh well, I'll know to use less next time! 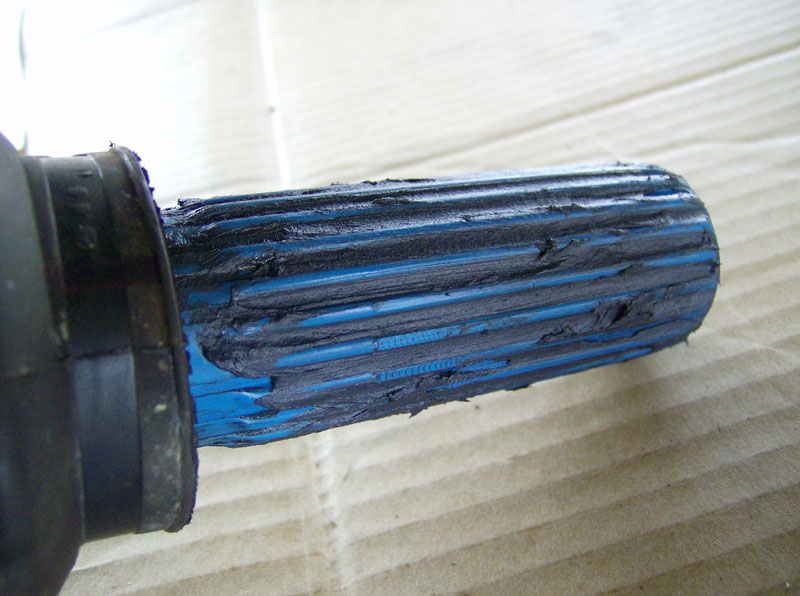 Now, just reverse the removal steps and you're done.  This turned out to fix the problem I was feeling.  For the moment its smooth as glass on take-off, time will tell how long it lasts...