I still can't comprehend those site notes that tell of the 'wonderful moments
and memories' they had up there, though..
Musta been first-hitch ninnies, with cel-phone capabilities, is my guess..
Though, come to think of it, there was a bearded White Alice guy that has since died
back in 1967 working for the FAA in Cut Bank, MT, that thrived on loneliness and
being far and away from anything and anybody..
sorta your typical prototype of the ole' Alaskan Frontiersman...
Takes all kinds..
In my FAA career, I've crossed paths with several of those nameless souls that
decided to follow the Radar/Electronics/Computers FAA AirForce path, and
for the life of me, gun to my head, I can't remember only a few of them.
But it sure is a funny thing to wander down the halls of where I used to teach/learn
in Keesler or the halls where I used to learn/teach in FAA Academy in OKC and
tell somebody: "Hey, you look familiar!"..
Only thing I learned about the military and FAA electronics is that it's a small world!
Sorry about all the black and whites, for they were all developed by myself in the
top camp photo lab, there are color slides of other crap, but it's mostly of bears,
drunken revelry and dust-stirring cargo planes when I had a chance to get to bottom
camp and mail off the film to Californy and beyond.
I've GOT to tell you the story of our 4th of July, 1960 at Bottom Camp that we
froze our butts off at top camp until we could finally feel our way to bottom on
the sixth.. was a fun trip..Bald-tired APC's weren't exackly roadworthy, especially
with southern redneck Mo'Pool guys driving on ICE!
Then, I've GOT to tell you the story of That October Night when the moon rose full,
right in the 4th PRT [or more] range of the newly-OnLine-BMEWS radar system
that told us that thousands of Russians were about to mass-attack Alaska and within
minutes, I saw more than a few non-combat trained Air Force personnel become the true
puke-chickens they were..[that was ghastly!]...and sorrowful...
Did I tell you that I'd been in the Serious Army a few years before?
Ya can't learn that stuff from AFM's..
THEN, I oughta tell you about our trip to bottom camp where we were supposed
to 'qualify' with carbines that must have been used by our grandfathers in WWI,
drilled out to .41 calibre and set us to work on far-away targets that might as well
have been barns with open-air siding..
I've got an Army 'Sharpshooter' badge somewhere in this Pile of Stuff, Sooooo,
I exchanged weapons with a derisive Lieutenant and 'shot his ass off!'..

"Alan Rader's also added something.. Note the picture of the
radio station... I built that ole Heathkit mixer/switcher and its amplifier
in Turkey, took it to Keesler, then to Injun Mt and then sold/gave it to 'somebody'
when we got outta there..Even sold the guitar that I'd bought in Fairbanks on the
way up..Those speakers were 'mine' too, I got 'em from a now outta bizniz store
"Lafayette Radio", the "Radio Shack" of it's time..
Small world!
Yet they wouldn't let DittyBop and me run a radio station!!  "
Yikes. 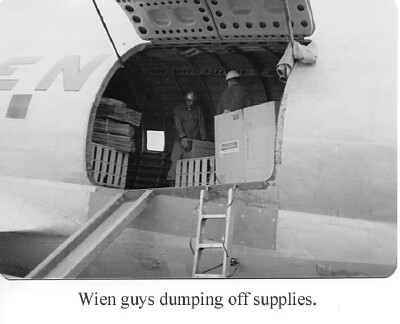 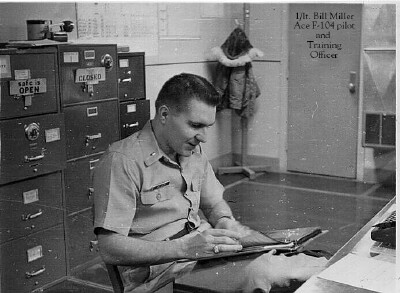